There’s nothing worse than being bent over your toilet throwing up, and sadly it can often be difficult to understand what’s got you to that point in the first place. Stomach flu is a common reason for symptoms such as nausea and vomiting, so if these symptoms sound similar to how you are feeling right now, stomach flu could be the cause. Knowing which symptoms to look out for, how long it will last, and the different things that you can do to help yourself feel better will help you get back to normal in no time. 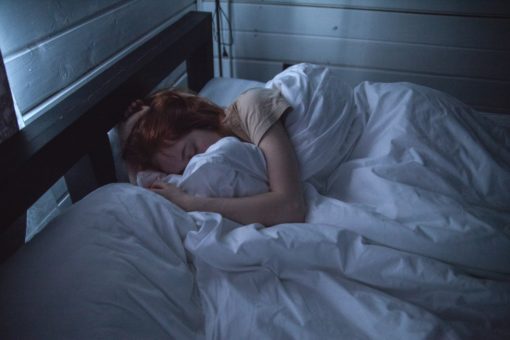 It’s easy to get confused when it comes to the difference between ‘the flu’ (influenza) and stomach flu (gastroenteritis). Stomach flu is caused by several viruses, mainly norovirus, which is responsible for over half of all cases. Rotavirus and bacteria such as E. coli and salmonella are also commonly to blame. Bear in mind that whilst getting a flu shot will not protect you from getting the stomach flu, it will ward against influenza.

Stomach flu commonly presents itself with symptoms such as nausea, vomiting, stomach pain, and diarrhea. You may also experience chills, muscle aches, and/or a low-grade fever. Symptoms can start from as little as twelve hours after exposure to the virus and can last anywhere from one to fourteen days. Stomach flu is very contagious, so if someone if your family has the stomach flu and you are caring for them, you will likely end up experiencing the same symptoms yourself.

Many people who are suffering from stomach flu may mistake it for food poisoning since the symptoms of both do tend to overlap quite a bit. It’s common to experience issues such as fever, vomiting, diarrhea, nausea and stomach pain with both. Taking a look back at your recent history is the easiest way to determine which of the two you are experiencing. With food poisoning, the symptoms tend to appear shortly after eating something – if you’ve recently eaten something questionable and others who’ve eaten the same food are experiencing similar symptoms, it’s likely to be food poisoning.

The good news is that there are several things that you can do to help alleviate your symptoms and start feeling better quickly. Make sure that you are drinking enough of the right fluids; sip on water regularly to stay hydrated, particularly if you are vomiting. You may also want to drink sports drinks such as Gatorade. Even if you’re struggling to muster up an appetite, try to eat plain foods such as potatoes, noodles, rice, oats or plain cereals. Crackers, boiled vegetables, bananas, and soup can also help you feel better. Avoid highly-seasoned foods, caffeine, alcohol or fatty foods. And finally, make sure that you are getting plenty of rest.

Most of the time you can easily treat stomach flu at home. But, see a doctor if you experience symptoms of severe dehydration, fever greater than 104 degrees, or have been vomiting for more than 24 hours.